Embarassing Moment Story No. #1 -- The Cabbie 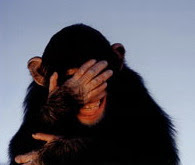 I borrowed this picture from Steve's blog, given that his story inspired me to share one of my own "embarrassing moments", of which there are many. So, don't feel bad, Steve, cause you're not alone. Here's my story.

This story happened years ago, when I lived and worked in a suburb north of Chicago. I was holding down a full-time job and taking courses at night and on weekends to earn my BA at DePaul University. One time, I had a paper that was due. I obtained my professor's permission to send my paper in by Federal Express (Fed Ex).

I worked furiously to finish the paper. The pages were still hot to the touch as I quickly collected them from the printer and began assembling my package. My heart raced as the seconds ticked off the clock. "Yikes! I better not miss that Fed Ex guy."

I worked out of a five-story building in downtown Evanston. Around the corner from where I worked was the elevated train station. Chicagoans call the electric trains "the el" or "els." I quickly calculated the time I had left and set my plan in motion: Okay, (1) take the elevator to 1st floor; check! (2) Exit building; check! (3) Cross the street to el station; check! (4) Hop in a cab and race to the Fed Ex drop-off box before the Fed Ex guy gets there.

Ok...#4 didn't happen exactly. This is what actually happened. As I hurriedly crossed the street to catch a cab at the el station, I saw a car pull up at the taxi stands with its headlights on and thought to myself in relief, "Good! I'm gonna jump right into that cab!" I had to dodge a few cars as I rushed to cross the street. Before I could reach the car, I noticed that the driver had gotten out of the car and began walking away from the car before I could reach him. "Darn it! Where's he going? I really need to drop this package off fast!", I said to myself, feeling impatient and irritated.

As the guy emerged from the shadows into the lighted area of the station, I walked right up to him, grabbed his arm and said "Wait a minute -- where are you going? You're coming right back, right?!" The poor startled guy looked shocked and confused and I heard him say "Huh?!" I repeated my question. Then I ended with: "Are you gonna come right back?" I'm also thinking to myself, "What kind of cabbie is this anyway who leaves his cab when a customer is in a real hurry?"

I continued pressing my issue. "I'm in a real hurry. I have to drop off my package at the Fed Ex mailbox before the guy gets there. So, I'm gonna go wait for you by the car." The man replied, "OK" and moved on.

I felt somewhat calmer that I'd secured my taxi. I proceeded towards the parked car with the headlights still on. On the way, I began mentally reviewing my options in the event I missed the Fed Ex guy. Okay, the cab is critical because I have to take it the several blocks to the Fed Ex drop-off box. If I miss the Fed Ex guy, then I'll have the taxi cab chase him down. Whew! Okay. I got things under control.

As I neared the car, I noticed something wrong with the picture. "Wait a minute....!," I said to myself. "This is NOT a taxi!" Now the feelings of "Oh, MY GOD! I CAN'T believe I just did that!" began to engulf me. I'm thinking, "Oh, Nooooooooo! I'm SO embarrassed! I can't face this person! What should I do?" I quickly scanned the station, hoping to just slink away in my mortal embarrassment.

I blurted out as the guy got closer: "Hey, you know what? I changed my mind. Thanks anyway." He said, "Oh, okay." I wanted the ground to open up and swallow me, but no such luck. I had to cross the street and PRETEND I was going elsewhere while crouching behind some cars in the dark waiting for the REAL taxi to show up! When one finally did show up, I made sure I checked at least twice before I got in the cab.

On the way back to my apartment, when my mind was finally allowed to relax and I began to review the events that happened, I almost busted a vein suppressing my laughter. Have you tried really hard to hold your laughter when you just want to burst out laughing?! Well, I didn't want to lose control in the cab, as the cabbie would have probably thrown me out of his cab, so I had no choice but to hold my laughter. Oh, it was no small feat, I tell you.

As soon as I got upstairs to my apartment, I laughed my head off until I was ready to pass out!
Posted by CNMI Blogger at 10:45 PM

Cinta: That was hilarious! What would have happened if that guy had driven you? That story made my day. Thanks for sharing. :)

We'll never know, since I wasn't about to get in the guy's car and find out. LOL!