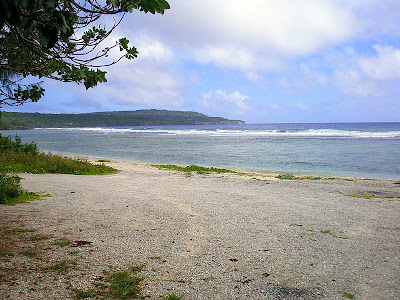 This was the December 2006 meeting I arranged with CRM officials to meet with Herman Tudela, the leader of the Traditional Fishermen's Group advocating that the government allow small fishing boats to launch from this Lau Lau Bay site. 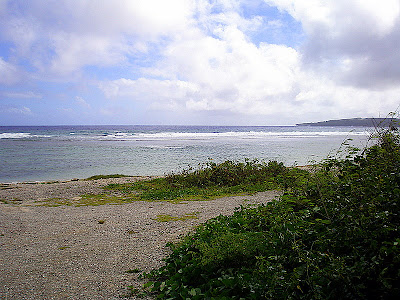 View of the southern end of the Bay. 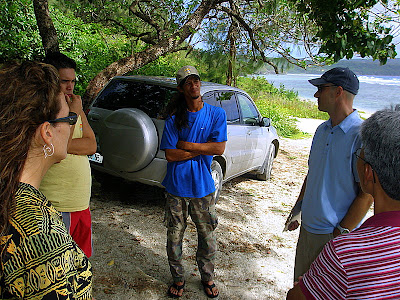 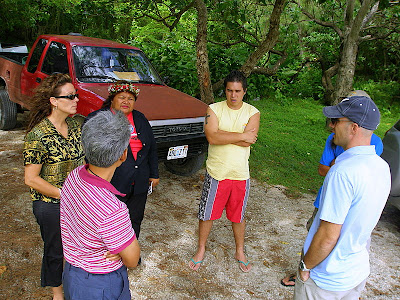 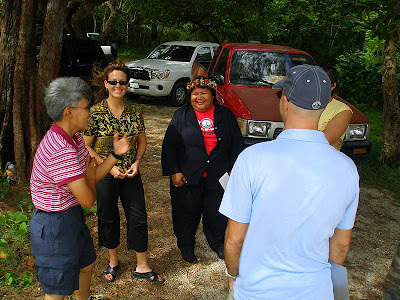 I invited CRM to this meeting for an informal informational assessment meeting to see if a compromise could be reached to enable the launching while complying lawfully with our regulatory agency regulations. 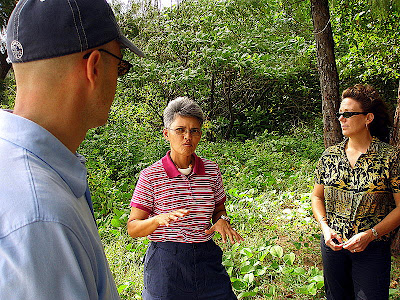 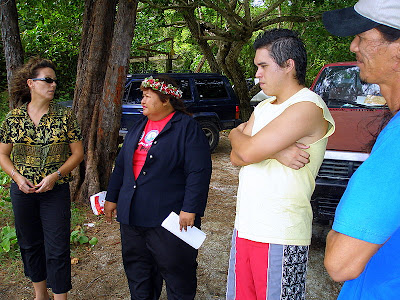 One of the things Angelo and I suggested to Herman Tudela in November when we first met was to gather all the stakeholders together (other potential users of the area, divers, landowners, etc.) for a public discussion on this. 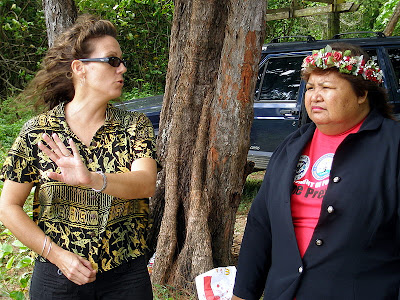 We said that there should be a "give and take" on this -- that, in exchange for allowing the launching, that the fishermen help discourage driving on the beach and littering, among other things. 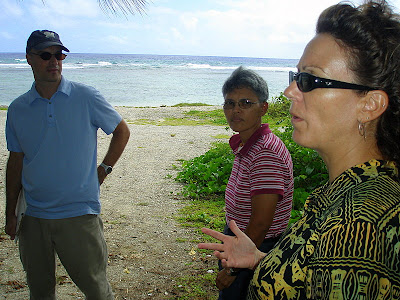 Herman Tudela was enthusiastic about this approach and said he could get the local fishermen to go along with this proposal. 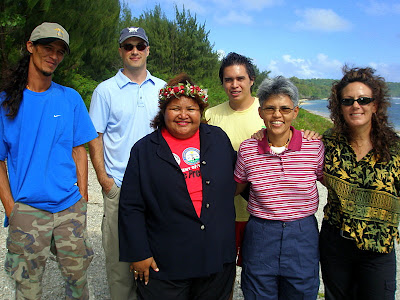 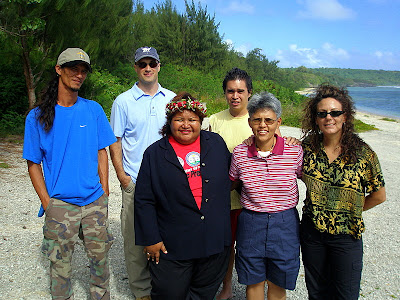 Note: Not pictured was John Starmer (CRM), who was present earlier. Thanks, John.
Posted by CNMI Blogger at 4:43 AM