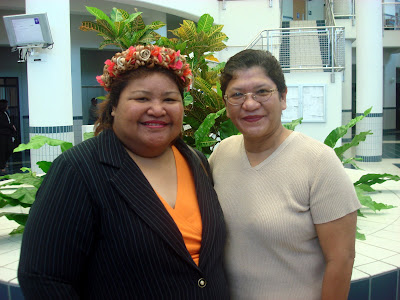 Rep. Cinta Kaipat and Margaret Palacios, Administrator for the Supreme Court. I was asked to be a judge for the 24th Annual Attorney General's Cup Speech Competition last Friday, May 5. I'd been a judge at this Competition before, and it's always fun to watch the CNMI's bright young minds battle each year for this coveted Cup. 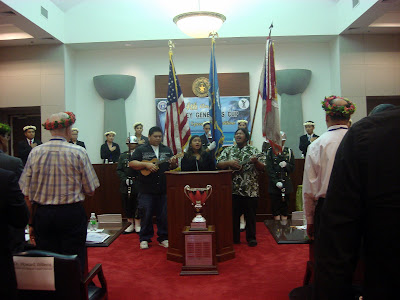 This year's topic was whether the CNMI should renegotiate the Covenant to establish a Commonwealth of the Northern Mariana Islands in political union with the U.S. 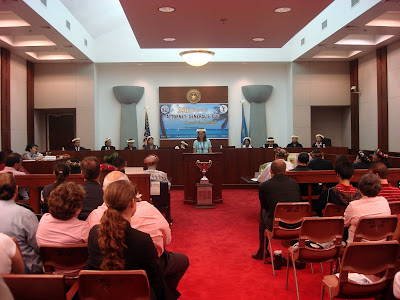 That's Taylor Smith, daughter of my friends Matt and Christina Smith. Taylor's opening was awesome. She spoke in 4 different languages, including Chamorro and Refaluwasch! How cool is that?! 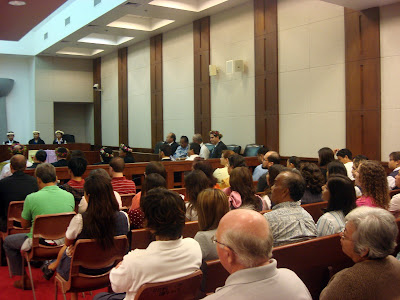 The eager audience, which included anxious parents, teachers, and coaches. 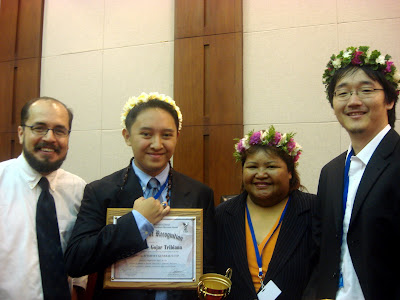 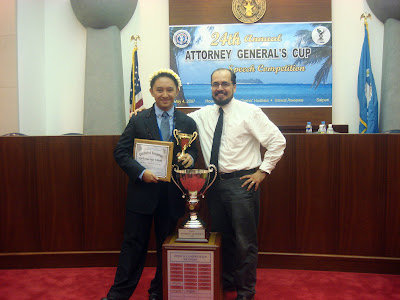 So, after the Competition, Senator Luis Crisostimo came up to Galvin Guerrero and announced that Mt. Carmel has won this Competition 48% of the time! What an impressive record to be held by one school. Thanks to the talents of their coach and principal Galvin Guerrero for this remarkable achievement. Congratulations Gentlemen! And Congratulations to Mt. Carmel School! 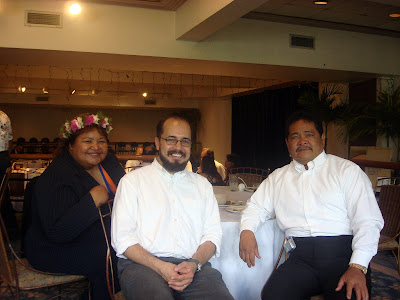 Rep. Cinta Kaipat, Galvin Guerrero, and Justice Alex Castro. After all that excitement, we all proceeded to PIC where we had quite a feast!

Incidentally, it was Justice Castro who initiated the first Attorney General's Cup Speech Competition 24 years ago when he was the Attorney General for the CNMI. Great idea!

To learn more about this Competition, click here to read this Saipan Tribune Article.

And even better, here is the text of Cyd Tribiana's winning speech.
Posted by CNMI Blogger at 10:26 PM

Aha! Eureka, I found it. Someone told me that there is a picture of the AG's cup on your blog. :)